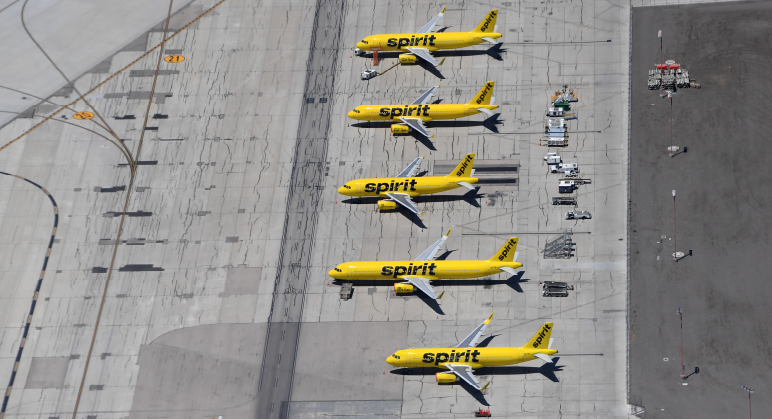 What Does Spirit Airlines' Departure Mean for Florida?

In February 2020, one Florida business made headlines when they decided to pack their bags and fly out of town.

The decision came after the historic flooding, intense storm surges and powerful winds of Hurricane Irma in 2017 and Hurricane Dorian in 2019 forced the airline to temporarily relocate its operations control center — computers, employees and all —  to safer ground.

And next year it is that very control center scheduled to leave town, taking with it 240 jobs and an $11 million investment to Tennessee. Nashville will also benefit from the additional 105 jobs the new center will create.

Spirit’s president and CEO attempted to offer some words of encouragement for Floridians worried about losing even more than the control center.

“We are committed to our South Florida community, and Florida’s Hometown Airline will continue to create new jobs by supporting our international network and fleetwide training needs from our Broward County home,” said Ted Christie in a press release. “At the same time, we look forward to building on our plans for future expansion and protecting our growing 24/7 operation by starting this new chapter in Nashville.”

David Coddington, vice president of business development for the Greater Fort Lauderdale Alliance, an organization that focuses on luring businesses to Broward County, expressed little concern of a ripple effect from Spirit’s decision. Coddington explained to the Sun Sentinel that while Florida gets hurricanes, other areas face crippling snowstorms or rapidly spreading wildfires.

"I think one of things that give companies confidence is seeing the track record of how quickly the community gets back to business,” he added.

While that might sound like wishful thinking, Spirit did recently break ground on a new $250 million headquarters in the not-exactly-weatherproof Dania Beach. The future Dania Beach headquarters will welcome 800 current employees, and as many as 200 new workers while the airline expands.

So Spirit’s commitment to Florida appears only slightly compromised for now, but citing weather as a reason for relocation has to worry politicians who promise jobs and the locals who rely on them. Increased flooding, record rain events and stronger storms will continue to plague Florida. Does that mean more companies will consider skipping town too? 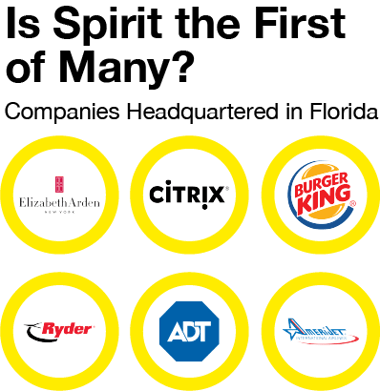 For at least one of those businesses, the cost of operating in Florida’s climate isn’t a mystery: In 1992, Hurricane Andrew caused $50 million in damage to the Burger King headquarters as 155 mile per hour winds and 17 feet tall storm surge wrecked the building.

It’s easy to see Florida’s weather as a double-edged sword for job creation. When asked in 2017 about the state’s efforts to draw the highly desired Amazon HQ2, some CEOs counted the climate as a positive, but one admitted to the Miami Herald that the threat of hurricanes could be an impediment in the state’s quest.

That did not make it into Broward County Commissioner Michael Udine’s letter to woo Amazon founder Jeff Bezos. Instead, he boasted aboutSouth Florida’s "mild climate with an 82-degree average temperature."

Of course, the commissioner didn’t include Broward County’s high flood risk either. Like the over 90 percent of properties in Fort Lauderdale that risk some flooding this year, according to independent non-profit organization First Street Foundation’s flood risk tool Flood Factor.

This information would not help draw a major job creator like Amazon. Nonetheless, floods and hurricanes remain a part of Florida’s present and future. Elected officials can’t prevent them from happening, but mitigating the impacts of severe weather events can help ease concerns for businesses and their employees.