Floods in Horry County, South Carolina are a continual problem — NOT a 500-Year random event 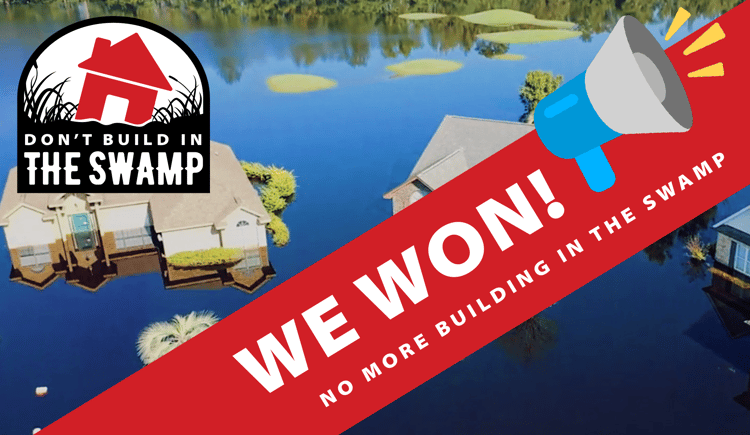 Our Don’t Build in the Swamp campaign was a huge success!

Fear of the next flood makes many people feel helpless and ignored.  But, when citizens come together in one, loud voice they win!

Horry County had crazy low building standards and new development in floodplains was making flooding worse.  Flood Defenders and April O’Leary created the Don’t Build in the Swamp campaign to raise building standards to the highest in South Carolina - and we won!

"April O’Leary and the members of Horry County Rising are proof that people can make a difference if their voice is loud enough.  It is an honor for Flood Defenders to provide them the tools and resources they need to be successful."

We will continue to support April and Horry County Rising until residents of Horry County get the flood protection they deserve.