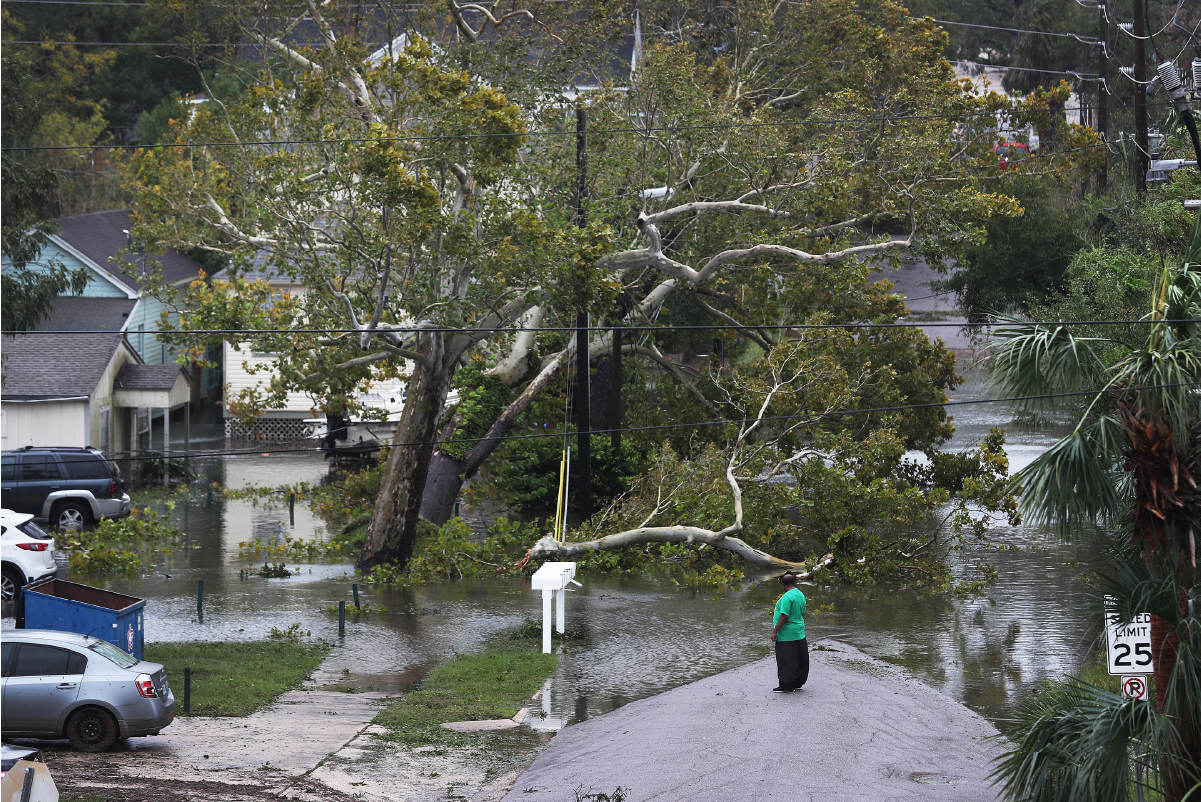 How Much Do Storms Like Hurricane Sally Impact Property Values?

As Hurricane Sally approached Escambia County, 139,055 households needed to prepare for the worst. But even before storm surge and flooding drowned the county, it was already too late for an overwhelming majority of those homeowners.

In a county that has experienced three major flood events since 2004, only 14 percent of homes have flood insurance, according to the Insurance Information Institute’s most recent data.

After the floodwater receded, Escambia homeowners began to repair and rebuild. But for many, including some of the 19,512 with flood insurance, the value lost is substantial.

The long-term effects of Hurricane Sally will be felt for some time after the storm dumped more than 2 feet of rain and caused more than $300 million in damages.

The news does not get any better for homeowners based on two reports published before an active 2020 Atlantic hurricane season. Both an analysis from McKinsey Global Institute and a paper published by the National Bureau of Economic Research (NBER) showed decreasing values for homes threatened by flooding.

As for Hurricane Sally's impact on property values, it is too early to quantify.

“We don’t have the damage numbers now,” Chris Jones, Escambia County Property Appraiser, told Flood Trends. “But certainly it can be impactful to the tax base in Escambia County, because of loss of revenue and reduced values, which would take away value or tax dollars for fire, police, education and our schools, etc.”

“Insurance rates are probably going to go up. We’re going to have cost of construction go up. It’s impactful to people’s pocketbooks and their livelihoods,” Jones added.

What makes Hurricane Sally even more difficult for homeowners is that many of the flooded homes did not have flood insurance. These homes did not stand in high-risk flood zones based on maps from the Federal Emergency Management Agency (FEMA).

A few months before Sally’s devastation, the nonprofit research and technology group First Street Foundation released its own updated versions of those flood maps. The new maps showed nearly 250,000 more at-risk properties were hit by Sally across Western Florida and Alabama than the FEMA maps. 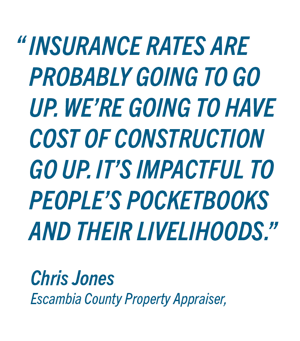 Legally, homeowners outside of a FEMA flood plain do not need to buy flood insurance. That distinction has left tens of thousands of Florida homeowners facing significant losses in the aftermath of Hurricane Sally. And those with flood insurance still risk value loss because of the damage to their neighborhood.

Jones explained how whole communities could be impacted, comparing it to the 2008 market collapse and foreclosures.

“(With foreclosures) you get multiple homes within a neighborhood that are deteriorating. The worst thing for the house is to sit there. So it blights a neighborhood to some extent,” Jones explained. “You can have the same thing if you don’t have enough (flood) insurance, and your house is sitting there ravaged. You don’t even have enough insurance, maybe, to tear the house down. You don’t care, you got your insurance money, you may let it just sit there and rot. So you have the same issue like a foreclosure. You could blight a neighborhood if enough of them were in there like that.”

It doesn’t even take a major hurricane to impact home value. The McKinsey and NBER reports warned that the risk and projections for increased flooding already cause a decrease in value.

From 2018-2020, Florida homes in high flood-risk areas saw their relative prices decrease by 5 percent, according to a new paper published by the National Bureau of Economic Research (NBER).

According to the researchers, the price decline follows a noteworthy trend from 2013-2018. In that span, home sale volume declined, but prices increased.

The Escambia County appraiser noticed a similar occurrence himself after Hurricane Ivan in 2004.

“We probably lost 30 percent of our residential structures. Immediately, homes went up in value. It’s supply and demand,” he said.

But Benjamin J. Keys and Philip Mulder, authors of the NBER paper, came to a conclusion that will temper optimism for those whose homes still stand. The study stated that the 5 percent decrease in relative prices comes from prospective homebuyers’ reluctance to purchase in markets at-risk from rising seas and increased flooding.

“Today, average annual losses for residential real estate due to storm surge damage in Florida are $2 billion and could increase to about $2.5 billion to $3 billion by 2030 and $3 billion to $4.5 billion by 2050 in our inherent risk assessment, absent adaptation and mitigation action,” the report claimed. “Researchers have found evidence in Florida, as well as more broadly in the United States, that prices of properties at risk of tidal flooding and exposure to sea-level rise are lower, and are appreciating at a slower pace compared with similar unexposed properties.”

The report concluded that homebuyers are less willing to take on risks like flooding and storm surge.

That makes flooding, and flood risk, a big deal for the typical American homeowner, who has most of their wealth tied up in their homes. The impact is even greater to Florida's economy than most. On top of the state's high flood risk, real estate makes up 22 percent of the state’s $1 trillion GDP. Lower property values hurt the entire state’s economy.

Just like the NBER paper, McKinsey compared the prices of properties exposed to flooding with those unexposed. But the McKinsey analysis also suggests that, as buyers experience flooding themselves, prices of affected homes may adjust further. Chris Jones recalled his own experience and shared a similar sentiment.

“We actually had a place on the water in Ivan. It got destroyed," Jones said. "We still have the lot, but my wife is worried about losing everything of our kids, our grandkids, all those mementos. So I think it changes if you’ve gone through it. I think there’s a certain segment of society that says ‘ya know, I don’t really want to do that again.’" 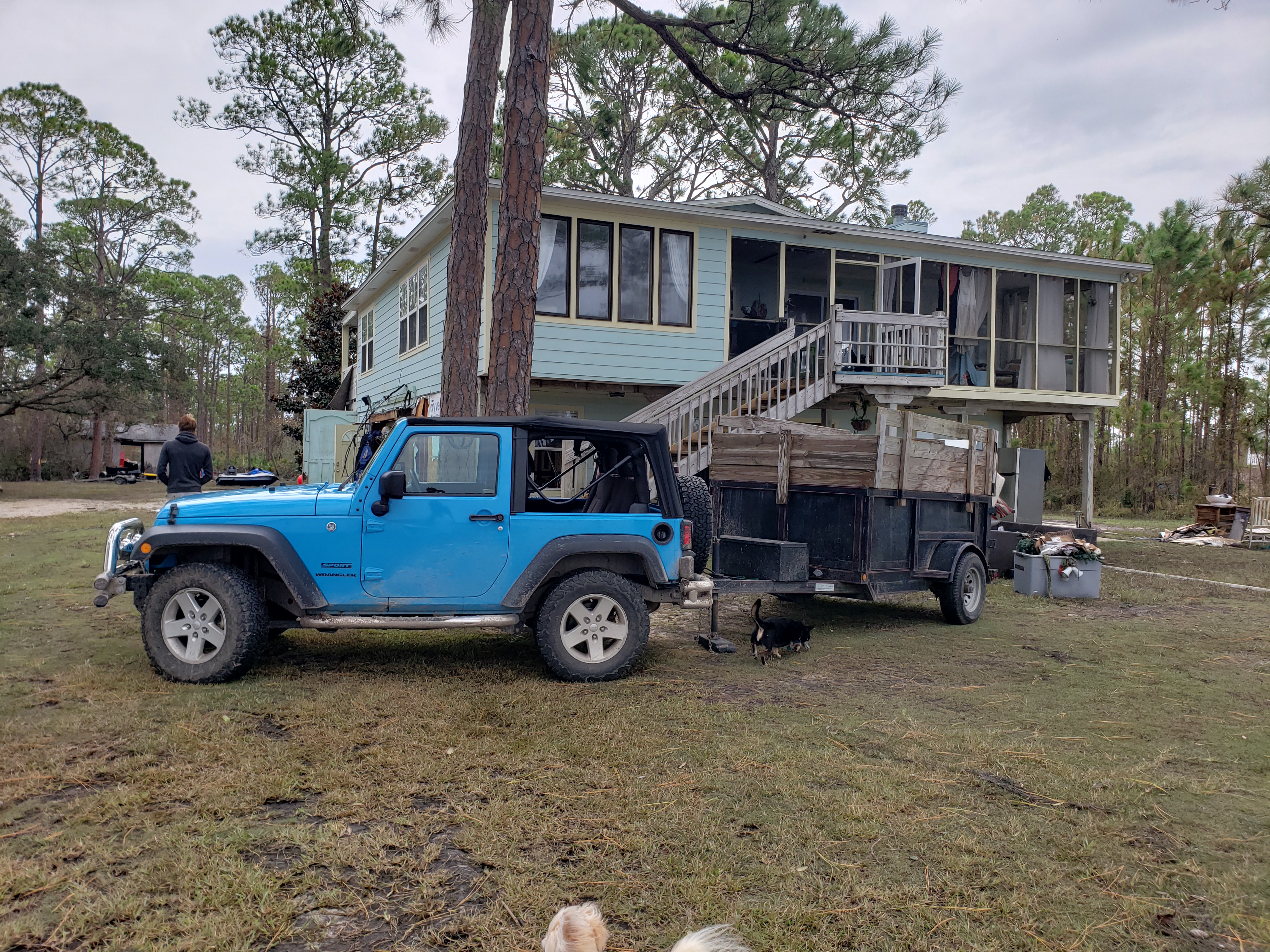 11/07/2020 Escambia Family Hopes They Can Finally Rebuild After Home’s Sixth Flood Insurance Payout   In 2014, historic rainfall flooded the first floor of Doug and Wendy Underhill’s home on a barrier island near Pensacola, Fla. It would be the…
Read Post

01/05/2021 Pensacola Has Finished 15 of 21 Planned Stormwater Projects Since 2015 In 2015, Escambia County’s Stormwater Advisory Team (SWAT) drew up a $417 million list of 228 projects to prevent widespread flooding throughout the…
Read Post