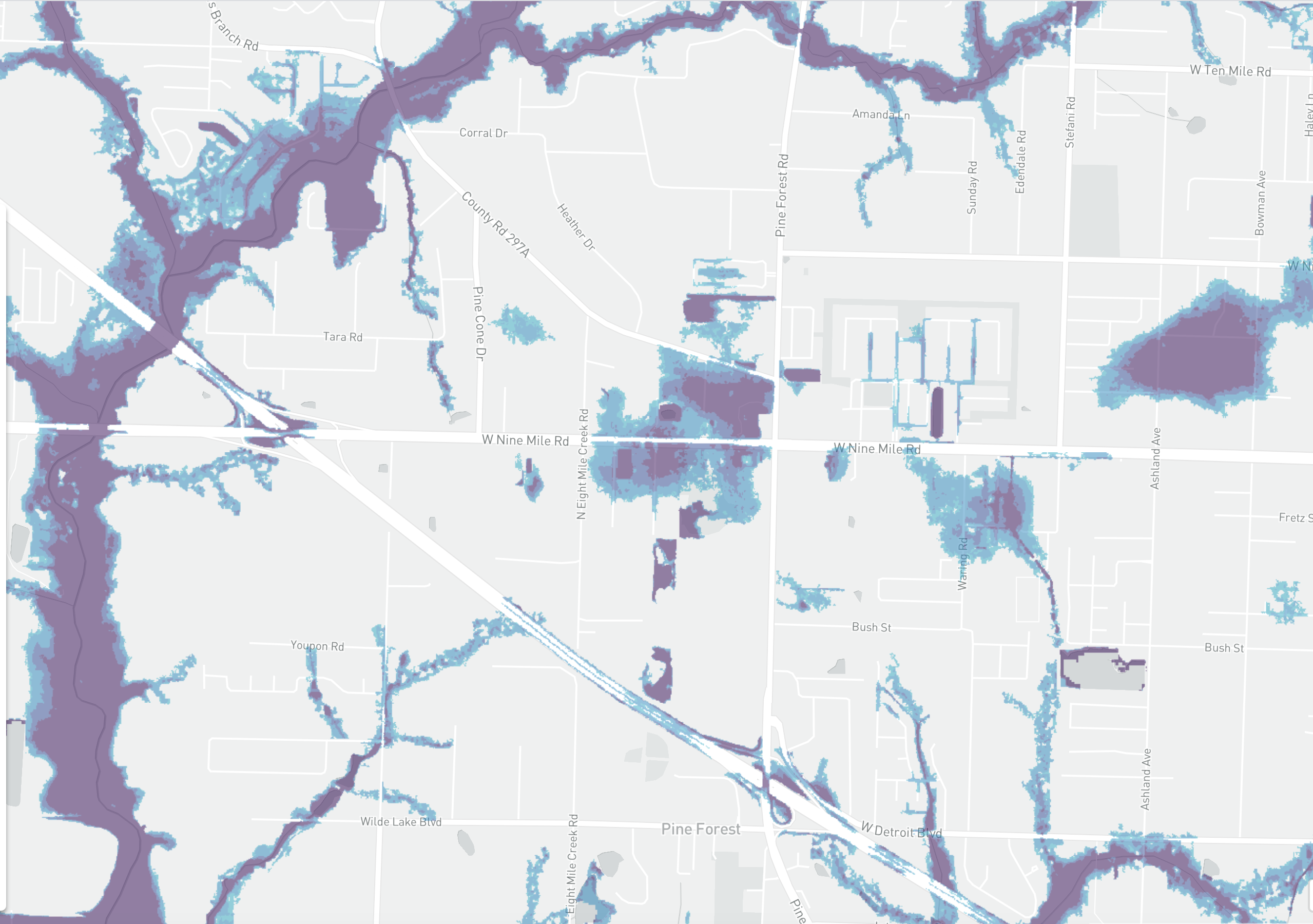 Homes around Windsong Avenue and Surrey Drive in Escambia County do not sit in a flood zone, according to maps from the Federal Emergency Management Agency (FEMA), but residents say they routinely flood.

Yes, but: These residents, many of whom do not have flood insurance, should live in a flood zone, according to new flood maps from the non-profit First Street Foundation. That research shows 30% of Escambia homes — including some around Windsong Avenue and Surrey Drive — are at risk and have a greater than 26% chance of flooding over the life of their mortgage. Unlike FEMA's maps, these maps factor in flooding from rainfall, the effects of adaptation measures, and expected changes in sea level and storm intensity.

The takeaway: Homeowners living around Windsong Avenue and Surrey Drive do not fall in a FEMA-designated flood zone and, therefore, are not required to buy flood insurance through the National Flood Insurance Program. This leaves many without the protection they need. The county can help protect these vulnerable residents by enforcing stormwater rules on nearby road construction, fixing the faulty pond, and maintaining it.

Take action: Flood Defender Tommy Thomason and Flood Defenders’ Technical Advisor Chris Curb have asked the county to follow their own rules: Do not make flooding worse with road construction and install an outfall to make the pond effective. Join them and other Flood Defenders by demanding action from Commissioner Lumon May on flooding.